Cheese in the Trap


We all know that a lot of the booty of the golden age of explorations made it into museums. The British Museum in the C.M.B. story, which had custody of the recondite scientific curiosities and artefacts collected by explorer/adventurers and stored in a Wunderkammer, decided to study the dusty arcana in the 19th century. Three investigators dubbed the "Magi" were appointed to do the research, each given a ring embossed with the letters C.M.B. Fast-forward to present-day Japan where Sakaki Shinra is the curator of a museum of oddities. He now has possession of the C.M.B. rings, indicating that he... Read more


We all know that a lot of the booty of the golden age of explorations made it into museums. The British Museum in the C.M.B. story, which had custody of the recondite scientific curiosities and artifacts collected by explorer/adventurers and stored in a Wunderkammer, decided to study the dusty arcana in the 19th century. Three investigators dubbed the "Magi" were appointed to do the research, each given a ring embossed with the letters C.M.B. Fast-forward to present-day Japan where Sakaki Shinra is the curator of a museum of oddities. He now has possession of the C.M.B. rings, indicating that he has... Read more


The King’s royal guards, comprised of warriors who possess the top skills in all the nations. People call them the "Musketeers". If a Musketeer serves Korea’s king, they are revered and honored. From all the Musketeers, there were three at the very top that received praise from everyone. A Korean-style heroic action manhwa about the three Musketeers. Read more


From /ak/Scans: Sick of the trickery in the royal court, former knight captain Hans now serves at a remote station in the countryside. But his peaceful and idyllic days end when some Japanese people with superhuman abilities suddenly show up. Read more


This story is about a girl from year 2011 that time travelled to year 3011. In year 3011, machines with conscience have taken over some of the humans and some humans with special powers have appeared. All of them want world domination but the humans want their freedom. She is caught between this conflict and struggles to be with the one she loves. Read more


Miyahara Chiko is a mysterious girl who never seems to talk to anyone and always wears a pair of headphones and a scarf. But what is she hiding behind that silent facade? Read more


From Yuri Project: Fashionable Yuzu imagined the first day at her new school she transferred to after her mother’s remarriage a bit differently; she didn’t know it’d be an ultra-strict and conservative girls’ school. So instead of a sweet high-school romance, she butts heads with the stern student council president Mei – who turns out to be her new step sister. And she has to learn that hate and love are often not that far apart.  Read more


From Jshoujo: Kyouko is an entertainment manager and a negative character. She always thinks of the worst. She is appointed to scout a troupe of actors, and there she meets Riku... Read more

Cheese in the Trap Webtoon


From Chibi Manga: Because she loved drawing and wanted to do something special, she went to a famous art school. And there she met the handsome and cool guy... Read more


Yuri is just a normal girl in high school: she loves hanging out with her friends, she has dreams, and she has worries. But one day, she wakes up in a strange forest she's never seen before beside a man named Chihiro. As the two of them learn more about the place they suddenly find themselves in, and the oddly real dream they had of being abducted by aliens, the dark secret of where they are and what has happened to them will begin to unfold. Read more


High school student Xiao Xiang An is experiencing life in the big city for the first time while she is staying with her distant relatives. At the behest of her relative's friends, she ends up disguising herself and sneaking into a bar with them where she runs into a handsome and charming employee. The following day she goes back to her regular appearance only to have a very different encounter, meeting a guy who is nothing but rude and hateful! It's one of the top 10 of the best manhua. Read more


Second-year student Anna works on the Culture Festival's Executive Committee together with the school's famous Chiaki-senpai. However, everyday, she's forcibly swung about by a self-confident, flashy, lazy, and ultra-insincere Chiaki-senpai--!? Read more


A violent and muscular boy who dreams in becoming a national champion, unexpectedly turns into a cute girl, how will “she” achieve “her”dreams? Read more

Cajole A Childe Into Being My Boyfriend


Saint Vincent High School, which has always been known as the Nunnery, suddenly got two super handsome teenagers transferred at the same time! Because of accidentally bumping into the secrets of the two, Dora started a weird relationship with them on the first day of school. I just want to teach you a lesson, what the hell is that confession?! Read more

Cultivating With An Immortal's Memory


Ye Qian is a fool abandoned by the family, intimidated by his classmates, and bullied by his dorm mates. At one time when he woke up, his memory joined an immortal cultivator from the fairy world. Since then, he has knowledge and memories from his previous life. Read more


Chuchu The Eye Candy Comics Online. Name’s chuchu, currently jobless, no degree, no rich parents, having a BBF named Barbie who’s a transvestite queen…shit happens but we always look at the bright side of life, chuchu’s luck begins when she’s nearly hit by a big truck. A huge pack of bras drops out! Chuchu and barbie begin their new bras-selling career but when they’re just becoming better-off, they were told off by a guy who accuses them of selling knock-offs! What? Why making money is so hard? Why is the heaven always treating the poor poorly! chuchu and barbie decided... Read more

Cost Of Being Famous ( A-List )


A-list Comics Online. A-list actress Ye Qian is “worshipped” as a hype queen, a scheming b*tch, and an uneducated cocky thug who has done numerous plastic surgeries and bullied newcomers. This manga depicts Ye Qian, an actress who struggles for her own way in the entertainment industry with a rather straightforward personality. Life of hers is a battle of wits and a contest of strength with those pretentious foxes! Read more 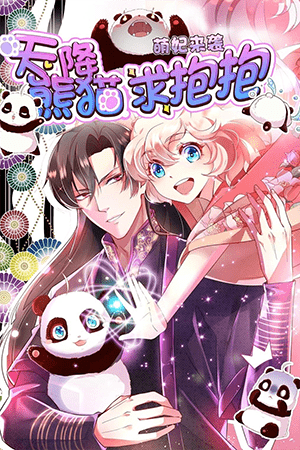 
Thanks to a botched job by the King of Hell, Su Ranran was mistakenly killed shortly after her university graduation. To make it up to her, she was promised a new life as a Ms Perfect... but became a fatty panda instead!? And to become human again, she needs to revive the heartbeat of a cold-faced prince regent!? Read more


CEO's Top Secret summary is updating. Come visit MangaNelo.com sometime to read the latest chapter of CEO's Top Secret. If you have any question about this manga, Please don't hesitate to contact us or translate team. Hope you enjoy it. Read more


A sheet of contract and a ransom of ten million changed her into a close maid to an evil-like billionaire. Although once a rich young lady, she was made a puppet nowadays. He tried his best to torture her only for her to give birth to a boy to revenge against her family? In an attempt to flee away from him, she learnt how to seduce men and contribute her body, swearing to identify who was manipulating her life. Read more


Grim reaper Kang Rim is charged with watching over Mokhyun’s life. When the time comes to collect his soul, Kang Rim has grown attached to the human and wonders if he will be able to fulfill his mission. Read more


He is a dumb and paraplegic child abandoned by his family. Ignoring ridicule of others, she is his wife in their false marriage. After their marriage, she finds that he is a wolf in sheep’s clothing. The ones who call him a dog always pay the price. He said, “Do you know the characters of dog? Brave, loyal and…hungry!” Read more


Charlotte, a bookworm who dreams of becoming a writer, starts her new job as a maid for Lord Matthew and his sister Lady Anna, the last remaining members of the Parvens family. Her ability to write catches the attention of them both. Now, for Matthew, she is tasked to write letters pretending to be him, while for Anna, she must secretly report on Matthew’s day-to-day affairs. Putting pen to paper has never been so difficult! What will become of Charlotte when the Parvens family’s twisted deceptions come to light? Genre: Romance, Mystery, Fantasy Read more


In order to make a living, the vagrant Eastern girl Bai Chun became the "living mannequin" of queen Alice. Planning to make a quick buck and then escape, Chun inadvertently became embroiled in a conspiracy of those vying for power while trying to leave. Can the temporary union of East and West avert disaster? Find out in Chun and Alice~ Read more


Three childhood friends are meeting again in high school. Hayato (see cover) the crazy one, Kenji the big one who wouldn't hurt a fly, and Tomoki the solitary one are the main characters of this fighting manga. Read more